The military history of this fortress goes back to the 19th century, long before the First and Second World Wars were fought. Fort 8 was built halfway the 19th century as part of the ‘Stelling van Antwerpen’, a defensive line surrounding the city of Antwerp. The inner fortification line consisted of 8 fortresses, also known as the Brialmont fortifications.

The aim of Deminetec-ECG’s historical research project was to determine if the fortress was subjected to any acts of war, and if so, any unexploded ordnance could be expected from these historical facts. The project focused on a specific part of the fortress: the artillery entrance. Several historical sources were studied during this research to gather information about the military actions that took place in the area during the First and Second World Wars. Among these sources were wartime aerial photographs and primary archival documents, such as maps and war diaries.

A map of the fort indicated that two weapon pits were positioned onto the roof of the artillery entrance. These weapon pits could also be seen on aerial photographs covering the fortress. Modern day elevation data indicates that the weapon pits are still present in the landscape. At the exact locations, two pits can be distinguished. The weapon pits are considered to be locations were unexploded ordnance can be uncovered during earthmoving activities. The outcomes of this research project can now be used to plan fieldworks and to clear any explosive remnants of the war. Our client’s development plans can then be safely executed. 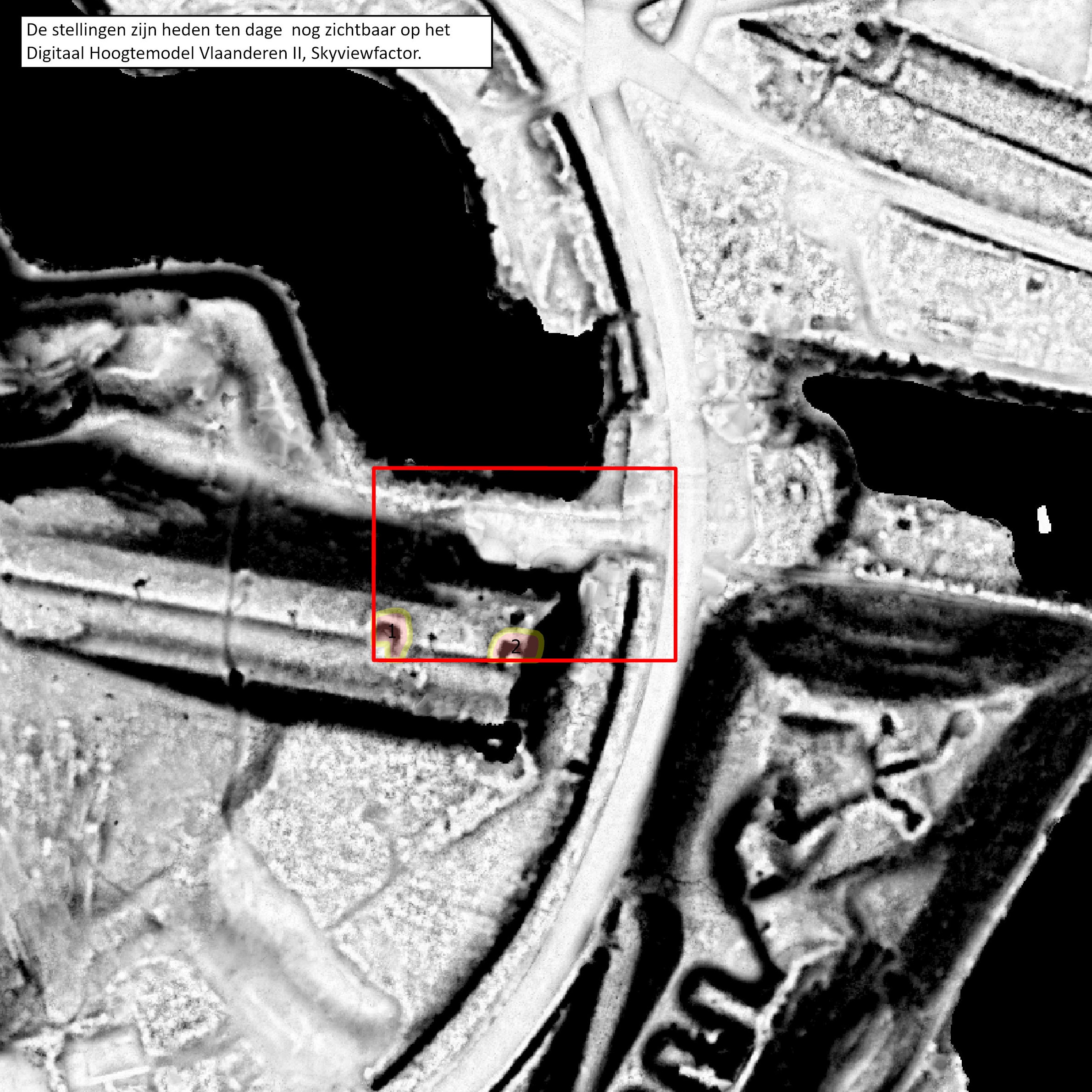 Contact Form
We use cookies to ensure that we give you the best experience on our website. If you continue to use this site we will assume that you are happy with it.Ok